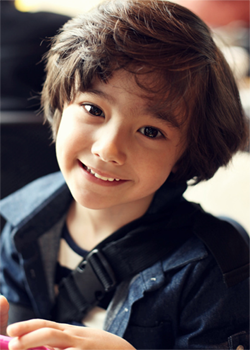 "Blended marriage or family where the parents are of different nationalities is not a novelty of the twenty first century. Such families have always had a place in history, but in the past they were more the exception, rare event. Currently, such marriages are increasingly common. Facts of interesting observations presented a group of American scientists. It turns out that families, where the spouses are representatives of different nationalities/races, invest in upbringing of children significantly more effort and money. Researchers assert that the reason for this is prejudice with which society treats such families. In this situation, parents are trying to compensate their child all negative from society. In such a family far more likely child would get modern gadgets, be provided with individual training, get involved in various clubs and extra classes. As a result, children growing up in blended marriages have much more knowledge and have a significant advantage over their peers. In life, often happens that the parents are of different cultures, different countries and nationalities. In such families, the couple faced additional difficulties in parenting. After all, every culture - is a whole layer of traditions, rules of behavior, and beliefs. In this case, creating a family, one of the spouses fully accept the culture and religion of the other partner, or both spouses add their culture to the common life. Upbringing of children in a family where the parents from different countries, depends on this choise. Nevertheless, the upbringing of children in a family with parents from different countries, has a traditional problem - learning and using of languages of both parents. Because in this situation the kid need to learn two languages, and sometimes more. The child even at an early age should be aware that he is bilingual and be proud of this cultural and linguistic peculiarity. Equal treatment of the native languages of the parents will contribute to the development of the child in two directions and in the future child will not be ashamed of ""otherness"" from other children. Education of children in a family where mom and dad come from different cultures, will be reflected on adulthood. Such children, hardened from childhood, can much faster adapt to different situations, quickly find common language with representatives of other countries, effectively resolve conflicts. Raising children in a family where the parents are from different countries - it is difficult, but solvable problem. In such families, it is necessary that parents and children have found a common language in all senses of the word. Parents need to have patience and wisdom, then upbringing will be just a joy. It should be noted that not only the parents influence the education of children, but also children in its turn educate their parents."

Be the First to Receive New Women Profiles